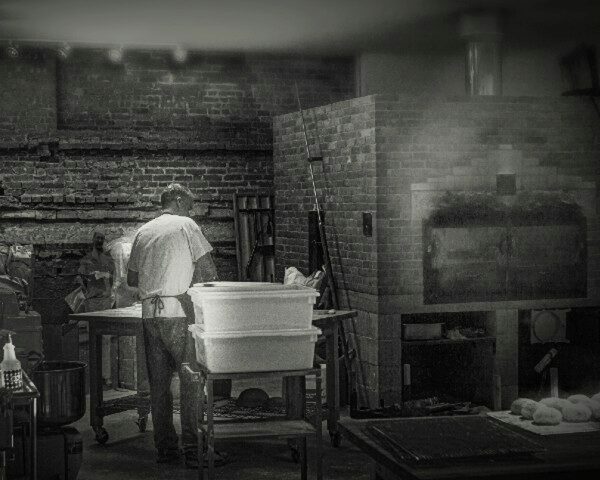 Rise Up Bakery makes handcrafted sourdough breads using long cold fermentation that are baked in a wood fired oven. They use a rye and wheat starter that originates from the Carpathian Mountains of Western Ukraine. This starter comes from high elevation and is a combination of cold spring water, flour and air filled with yeast from the local conifer trees which makes it unique. Creation of a loaf takes 48 hours from the beginning to a final product which is reflected in its taste, digestion and shelf life.
Owners Jim and Larissa Haasrecently won a statewide award from the Vermont Historical Society for their work in bringing back to life the Union Cooperative Bakery, now their own Rise Up Bakery. This little, old brick bakery building buit in 1913 was an important wood fired bakery for Barre and local communities from 1913 to early 1940s.
The bakery was built by Italian immigrants who had come to work in the granite industry but missed their Italian bread. So in 1913 they built the bakery with a large wood fired oven that would once again provide them with good hard crusted Italian bread. Unfortunately, due to harsh economic times and a devastating flood, the building was mostly used for storage since 1940. The Barre Historical society saved it from demolition in 2004, and it was accepted to be on the National Register of Historical Places. In 2015 a successful Kickstarter fundraiser involved the community in the prospect of renovating the bakery building which has now been restored as a sturdy, vibrant bakery with Jim Haas and his wife, Larissa, baking a variety of whole grain sourdough European style breads.
It is significant that Jim and Larissa are resettling in Barre from their home in the Ukraine. Jim grew up in Vermont but this is Larissa's first time living here. They continue the fine tradition of bringing another culture and bread to Barre, Vermont. The enthusiasm and dedication to the project is now rewarded by the delicious bread Jim Haas bakes. He is not only a master baker but a great teacher offering classes on bread making with each class focusing on a particular type of artisan bread.
You can read the full article about the bakery building's history and award here.

Products from Rise Up Bakery 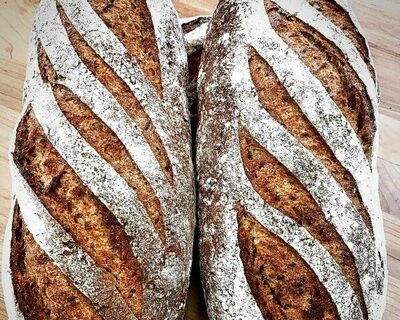 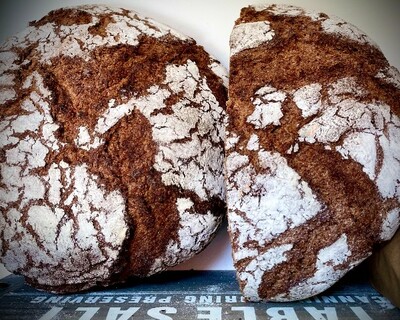 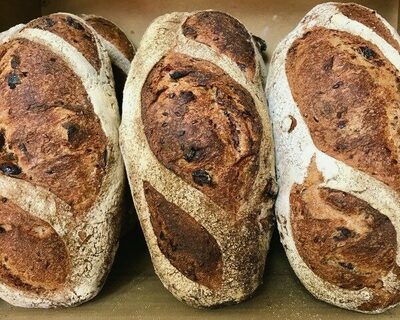