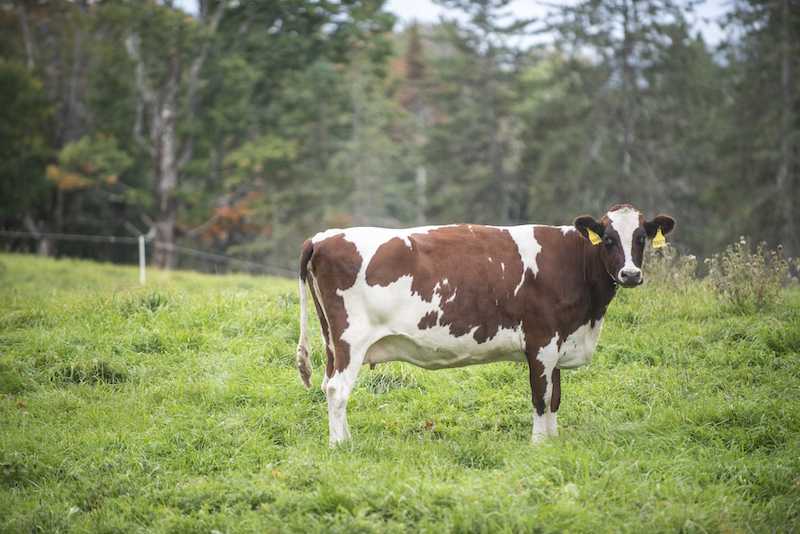 The Value Of Good Dairy

I would like to talk to you about milk—that magical substance that is the starter food for most mammals on the planet.

It is known as the perfect food, however so many of us as adults have difficulty digesting it. So interesting.

I’d like to call your attention to two problems that plague the conventional dairy world: how milk is valued, and how it is processed. It is with these challenges in mind that we at Farmers To You have selected our partner dairy farms, whose practices and standards push back against industry norms.

But first, a bit of history. In the past, dairies were encouraged to produce milk with the highest butterfat content possible. Why? This was because, back when we ate primarily food directly from the farm, it was common knowledge that unprocessed animal fat was the most valuable (and healthy) food in our diet. In addition, before refrigeration, most milk was skimmed and the cream churned into butter—because liquid milk would spoil before it reached the market.  Skimmed milk—1% and 2%—was fed to the pigs… think about that for a bit!

Sometime around the 1960s supermarkets realized that most everyone bought milk when they came to the grocery store. So, if they priced it really cheaply and placed it at the far back of the store, customers would come in and have to walk past all those tempting processed delights to get the cheap milk. This continues today, and to guarantee that milk would remain cheap, the supermarket goliaths bought up the companies that processed the milk and forced farmers to sell it to them… at cost. Sounds like monopolistic price fixing to me! This is why even organic milk sells at the supermarket for just barely the cost of production. It also explains why dairies are almost always just a moment away from financial collapse. Couple this with the fact that dairy farming is among the most difficult and labor-intensive farming on the planet, and you have nothing short of a crime.

What’s the solution? One is the Canadian model. Each dairy farm has a quota of milk they can produce, and the price is set based on a small- to medium-sized farm’s production costs and a reasonable profit. Next time you travel to Canada, notice the plethora of small dairies that are beautifully kept up with healthy cows out on pasture!

So, on to the second issue: how milk is processed. We return to the processors now owned by supermarket goliaths. Simply put, milk (organic supermarket milk, too) is a very highly processed food. Any milk with a screw top is ultra-pasteurized. This milk has a shelf life of up to 90 days! That’s three months. No wonder you can’t digest it.

Additionally, the homogenization process makes milk nearly indigestible to most people, as it binds fats to proteins, producing a compound that our body has no idea what to do with. So the body sends it down to our fermentation chamber—the large intestine—and we feel gassy and bloated.

If you love milk and find it difficult to digest, I strongly suggest you give one of the non-homogenized Cream Line or Cream Top milks a try. This is nearly unprocessed milk, from cows that live well, and processed by farmers who are compensated fairly for their labor. With this milk there is minimal pasteurization for safety, but when you receive it you will see the cream floating beautifully on the top. You can also follow the seasons by measuring how much cream there is.

If that much cream in your milk is not to your liking, then simply pour or spoon it off into your coffee, or churn it into your own butter. If you can get most of that thick cream off the top, you are left with the equivalent of 2% milk in the end, without the processing.

Give it a try; it is so much healthier for you, and our farmers. And that, of course, is what we are all about.