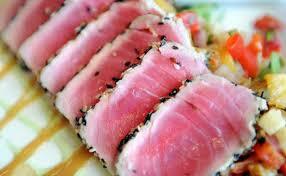 Hunger for Connection and Cool Feasts for Summer Heat

This Full Moon today is often referred to as a Blue Moon – After reading up on Blue Moons however I found that our modern definition of a Blue Moon differs from tradition.

There are usually 12 full moons each calendar year, and 13 every fourth year due to the cycle of the moon phases being 29.53 days – just short of the length of our months.  So the simplified  and modern version of a Blue Moon refers to the second full moon in a month.

A traditional Blue Moon refers to the extra full moon in a season.  So four seasons, twelve full moons, and three per season except on that off year when two fall inside a season.  Most traditional calendars were based on lunar cycles.  Also traditional societies were far more focused on the seasons bracketed by the Solstices and the Equinoxes which are based on the solar rhythms.   So Blue Moons were traditionally defined as the extra full moon that falls into one of the seasons. The name is given to the third full moon in a season that has four – so that the fourth full moon in that season can retain it’s traditional name. What was important to traditional farmers and peasants living off the land were the seasonal rhythms that indicated right timing for all kinds of growing, harvesting, celebrating and eating activities. So each moon had a name that was reflective of this. All that said – today’s full moon (6:45 am Eastern) is either the Blue Moon, or the Corn Moon or Sturgeon Moon.  A time of ripening grains and plentiful food.

A wonderful book (one of our favorites among Farmers To You Staff) is  Full Moon Feast by Jessica Prentice. It is a cookbook and a novel all about reconnecting to the seasons and rhythms that we have lost touch with in our fast-paced lives. She refers to a hunger for connection, and we hear this theme echoed often in communications from many of you. It is challenging to stay connected to the natural world when you live in an urban and suburban environment that is mostly man-made and designed to resist and negate many of these rhythms — street lights, air-conditioning, pavement, and supermarkets selling everything all through the seasons. Our hope (and hers) is that we begin to reestablish this rhythmic connection through our food and our sharing of seasonal changes that are present in our food, and environment.  Because a body in rhythm with the natural world and its seasons is a healthy body.  We are in the season of ripening, of plenty, of heat and slowness.

This last Tuesday at the Farmers To You Hub we were packing your orders and trying to stay cool. We really wanted to prepare something cooling and light to feed our wonderful crew. In Vermont we are not use to the heat and humidity (we probably get only a week or two dose each Summer) and most everyone was dragging a bit.  So the last thing we wanted to do was have a hot and heavy meal to add to the sluggishness.  So we decided to make cool dishes and ones that were light and appealing even in the heat.  Here’s what we came up with:

Deb Smoller made a wonderful lentil salad with a curry dressing that she found years ago and uses many FTY ingredients.  Here is the recipe.

Rachel Ries, back from world travels as a touring folk and rock musician, made a very cooling simple chopped vegetable salad.

And here is what I made with 99% Farmers To You ingredients:

Prep and mix all of these ingredients in a large bowl and coat thoroughly with the lime juice. Place in the fridge for at least a couple of hours if not overnight. Mix occasionally.

Mix in just before serving these optional ingredients depending on what is available and looks delicious!

We also had some extra Tomatoes that were just too good looking and I also wanted to use up some Summer Savory – a herb that I have not had as much experience with – so I cut up the tomatoes, cubed up some Queso Fresco Cheese from Champlain Valley Creamery, arranged them tightly on a platter, sprinkled the Summer Savory leaves on top and drizzled balsamic vinegar and olive oil with a dash of salt and pepper.  They vanished.

The meal was topped off by a large loaf of Red Hen Bread with Ploughgate Salted Butter  and Champlain Valley Creamery Pyramid Scheme.

Greg, and the entire crew at Farmers To You