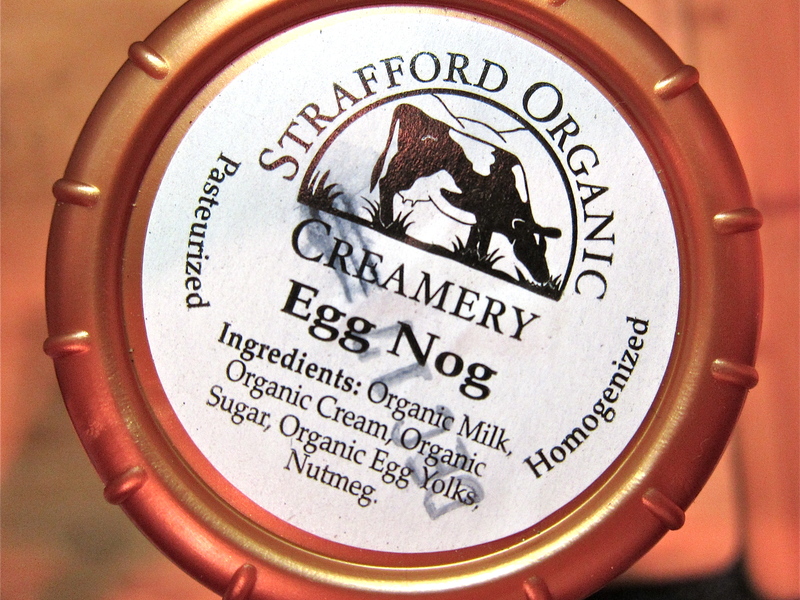 I fondly remember my grandmother making homemade eggnog.  She used raw eggs, milk, cream and freshly grated nutmeg. I was ga ga for the stuff.  Because I’d had the real deal as a kid, anytime I purchased a carton of the store bought stuff I was sorely disappointed. I imagine if I had grown up drinking the carton kind I would have loved that too – but to me it wasn’t grandma’s eggnog.  I was delighted to discover that Strafford’s Eggnog tastes practically identical to Grandma Marion’s!

Author: Shannon Hepburn
So after you have a rich and delicious cup (straight-up or spiked) what do you do with the rest?
Ingredients
3.1.09