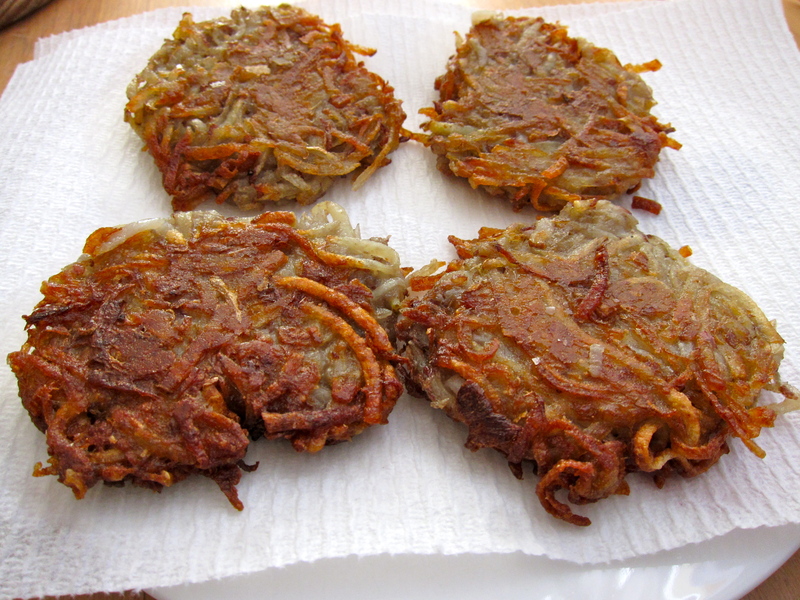 Today I spent the morning in my son’s 3rd grade class making potato latkes. As another parent and I cooked, we watched the children light the Menorah, sing traditional songs and play the Dreidel game.  A lovely morning, indeed.

Latkes are delicious anytime of year, not just for Hanukkah.  I had such a good time, and because my son devoured them, I plan on making them again soon.  Simeon had a wonderful suggestion of adding a sweet potato to the mix.

EAT WELL AND BE WELL

Ingredients
Instructions
Notes
Latkes may be made up to 8 hours ahead. Reheat on a rack set over a baking sheet in a 350°F oven, about 5 minutes. Grating the potatoes, soaking them briefly in water, and then squeezing out the liquid (as we've done here) keeps the batter from turning brown too quickly. Otherwise, you may skip the soaking step if you don't mind a little discoloring
3.2.1652